USAGE: "Compare With" Or "Compare To"? (From Oxford Lexico Usage)

In general terms, either preposition is correct, but the choice depends partly on meaning and partly on grammar.

In addition, American English generally prefers to when there is a choice, whereas in British English the two different constructions are more evenly spread.

💡Let’s look first at the meaning of each phrase. To compare can be defined broadly as "to estimate the similarity or difference between things." For example:
In this meaning, either preposition can be used.

💡However, when compare is used to say that one thing resembles another, or to make an analogy between two different things, to is obligatory:
A Shakespearean example ⇒ One of the most famous lines in English poetry, from Shakespeare’s Sonnet 18, uses compare to in this way:
Shakespeare is likening the addressee to a summer’s day, even though in the end he shows his beloved to be lovelier than such a day.

British English prefers with when compare is used intransitively, because similarities are being evaluated:
In American English, however, compare to is possible and slightly more frequent:
💡Compared to...

When the past participle compared introduces a phrase, the preposition is either to or with, although here usage is moving in favour of to:
💡Comparable, comparison

Comparable is used with to or with in line with the previous discussion, with a marked preference in current usage for to:
Comparison as the noun equivalent of compare can be followed by either with or to:
The phrase in comparison to is more often used than in comparison with, but by comparison with is more frequent than by comparison to:
Essentially, both with and to are correct prepositions to use after compare, comparable, or comparison, although it may be worth checking the regional and grammatical context of the sentence when making your choice.

💡GO TO OXFORD LEXICO and See more from Usage

The traditional distinction between the verbs enquire and inquire is that enquire is to be used for general senses of ‘ask’, while inquire is reserved for uses meaning ‘make a formal investigation’.

In practice, however, enquire, and the associated noun enquiry, are more common in British English while inquire (and the noun inquiry) are more common in American English, but otherwise there is little discernible distinction in the way the words are used.

Some style guides require that only inquire or only enquire be used.
'Enquire' or 'inquire'? (1:45 minutes)
Both words derive from the Old French enquerre, from a variant of the Latin inquirere, based on quaerere 'seek'. The same root word can be seen in various modern English words, including acquire, require, conquer, quest, request, inquest, and question.
👉GO TO OXFORD: "Enquire" Or "Inquire"?
💡GO TO OXFORD LEXICO and See more from Usage

This is a weekly selection of free online self-study materials and resources for you to further improve your English language skills and have fun – ENJOY!

👓+ 🎧THIS WEEK ⇒ READ + LISTEN SPECIAL!
These are not typical reading and listening comprehension exercises. On these websites, you will find a list of podcasts or recordings that you can listen to while reading transcripts. Reading and listening is an easy and effective way of developing your listening skills, improving your pronunciation and building up on your vocabulary at the same time.

📌BUSINESS ENGLISH POD ⇨ SKILLS 360
👉All Business English Skills 360 Lessons (Learn business English skills for communicating effectively at work. All Skills 360 lessons are listed on this webpage by the date published, with the more recent lessons at the top.)

📌 VIDEOS
925 English Lesson 9 - How to Talk about your Ideas in English | Business English Conversation (9:57 minutes)

925 English Lesson 10 - How to Agree with Ideas in English | Business English Conversation (9:27 minutes)

925 English Lesson 11 - How to Disagree with Ideas in English | Business English Conversation (10:00 minutes)

From BBC TRAVEL: Italy’s ‘practically perfect’ food, by Amanda Ruggeri.
Pound for pound, Parmigiano-Reggiano can compete with almost any food for calcium, amino acids, protein and vitamin A – and is prescribed by doctors to cure ailments. It’s also a dairy product… that can be eaten by the lactose-intolerant. (Continue reading)

From BBC CAPITAL: The cost of free public transport, by Marc Auxenfants.
From March next year, commuters in Luxembourg will not be charged for trips on its trains, trams and buses. What’s the cost of such a move? (Continue reading)

BBC Reel: The amazing houses that build themselves At the touch of a button, these incredible homes of the future can self-deploy and build themselves in less than 10 minutes. (Go to videos + full article)

I ain’t standing for that! What is wrong with ‘ain’t’? By Charlotte Buxton (From Oxford Dictionaries Blog)

👉By Charlotte Buxton, an Associate Editor for Oxford Dictionaries.

The language we use every day is littered with contractions. Shortened words like I’m, I’ve, I’ll, don’t, won’t, and we’ve have become an accepted part of standard English […].

Contractions are as old as the English language itself. When speaking quickly, it is natural to run a group of words that are commonly used together into one word: a form of verbal shorthand that is in turn adopted into written language. Most contractions have become so commonplace that we barely even notice we’re using them, while excluding them can actually make language sound stilted and unnatural.

One contraction in particular remains out in the cold, however. Ain’t has never been accepted into standard English […].

Even the origin of ain’t is murky […]. Unlike most of its cousin contractions, the words it is formed from are not immediately clear. […] It may have originally come from am not or are not, but it could also have derived from isn’t, with the s being dropped to make in’t, which was in turn lengthened to ain’t. When used to mean ‘has not’ or ‘have not’, as in they still ain’t been found or I ain’t been there myself, it derives from the dialect form haint or hain’t – a somewhat more obvious contraction of have not. This irregular formation is part of the reason for the widespread condemnation of the word, but it ain’t the whole story (so to speak). We accept other irregular contractions, such as won’t (which formed from the archaic form woll not), so why can’t we allow ain’t?

[…] Though undoubtedly used earlier in speech, it first appears in writing in the 18th century (though the form an’t is found earlier). It was initially used to imitate Cockney speech, with Dickens using it to mean both ‘are not’ and ‘have not’:

She ain’t one to blab. Are you Nancy? (Oliver Twist)

I ain’t took so many year to make a gentleman, not without knowing what’s due to him. (Great Expectations)

The use of ain’t in Victorian literature carries a moral judgement, usually signalling that the speaker is a part of the ‘criminal class’, to be feared and avoided. These associations cling to the word to this day, with ain’t still strongly associated in many people’s minds with a lack of education and low social status. (GO TO FULL BLOG POST)

What the earliest fragments of English reveal, by Cameron Laux (From BBC CULTURE)

👉 GO TO FULL ARTICLE: What the earliest fragments of English reveal
👉 By Cameron Laux
The earliest fragments of English reveal how interconnected Europe has been for centuries. As an exhibition in London brings together treasures from Anglo-Saxon England, Cameron Laux traces a history of the language through 10 objects and manuscripts – including a burial urn, a buckle with bling, and the first letter in English.

The interconnectedness of Europe has a long history, as we’re reminded when we explore the roots of the English language – roots that stretch back to the 5th Century. Anglo-Saxon England “was connected to the world beyond its shores through a lively exchange of books, goods, ideas,” argues the Medieval historian Mary Wellesley, describing a new exhibition at the British Library in London – Anglo-Saxon Kingdoms: Art, Word, War – that charts the genesis of England.

“Something like 80% of all surviving Old English verse survives in four physical books… for the first time in recorded history they are all together [in this exhibition],” she tells BBC Culture. “The period that is represented by Old English is about 600 years, which is like between us and back to Chaucer… imagine if there were only four physical books that survived from that period, what would that say about our literature?”

What we understand as English has its roots in 5th-Century Germany and Denmark, from where the Anglian, Saxon and Jute tribes came. As the Roman legions withdrew around 410 AD, so the Saxon war bands (what Rome called ‘the barbarians’) landed and an era of migration from the Continent and the formation of Anglo-Saxon England began. The word “English” derives from the homeland of the Angles, the Anglian peninsula in Germany. Early English was written in runes, combinations of vertical and diagonal lines that lent themselves to being carved into wood and were used by other closely related Germanic languages, such as Old Norse, Old Saxon and Old High German.

“The earliest fragments of the English language are likely to be a group of runic inscriptions on three 5th-Century cremation urns from Spong Hill in Norfolk,” Wellesley has written. “The inscriptions simply read alu, which probably means ‘ale’. Perhaps the early speakers of Old English longed for ale in death as well as life.”

The exhibition gathers together an array of documents, books and archaeological evidence to form a dense picture of the Anglo-Saxon period, including a burial urn with runic inscriptions in early English from Loveden Hill, Lincolnshire, England.

Anglo-Saxons cremated their dead and interred their remains in earthenware vessels. About 20 objects with runic inscriptions from before 650 AD are known from England, making this vessel – which seems to feature a woman’s name and the word for tomb – one of the earliest examples of English. (Continue reading)

Where did English come from? - Claire Bowern (4:53 minutes)

🎄🎅CHRISTMAS SPECIAL!🎅🎄Below is a selection of reading articles, free online exercises, YouTube videos, games, quizzes and resources for you to further improve your English language skills and have fun – ENJOY!

From BBC CULTURE: Frida Kahlo and Diego Rivera: Portraits of a complex marriage, by Kelly Grovier. Mexican artists Frida Kahlo and Diego Rivera painted each other for 25 years: those works give us an insight into their relationship, argues Kelly Grovier.
Seen side-by-side in photographs, they struck an almost comic pose: his girth dwarfing her petite frame. When they married, her parents called them ‘the elephant’ and ‘the dove’. He was the older, celebrated master of frescoes who helped revive an ancient Mayan mural tradition, and gave a vivid visual voice to indigenous Mexican labourers seeking social equality after centuries of colonial oppression. She was the younger, self-mythologising dreamer, who magically wove from piercing introspection and chronic physical pain paintings of a severe and mysterious beauty. Together, they were two of the most important artists of the 20th Century. (Continue reading)

From BBC TRAVEL: The country with 11 official languages, by Denby Weller. Before coming to South Africa, the last thing an Australian would think is that there might be language difficulties.
[...] Discussion of the evolution of the colonial languages of South Africa is controversial, not least because they are just two of the 11 official languages in use today, and neither one is the first language for the majority of South Africans. In the 2011 Census, IsiZulu emerged as the language most spoken at home, followed by IsiXhosa. Afrikaans was a first language for 13.5% of South Africans, while English was spoken in just 9.6% of homes. Yet it is English that has emerged as the lingua franca – albeit a unique, local dialect enriched by the company of the many languages of the land. (Continue reading) 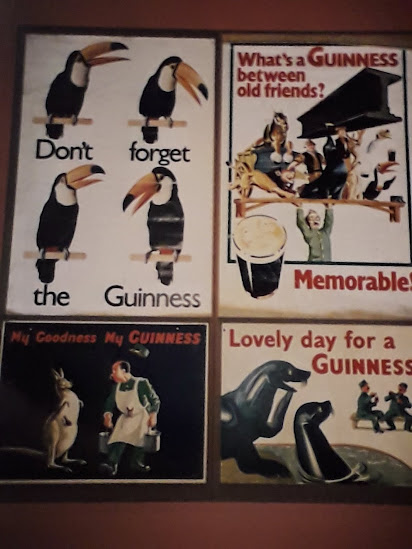